LOST ON THE FAR SIDE 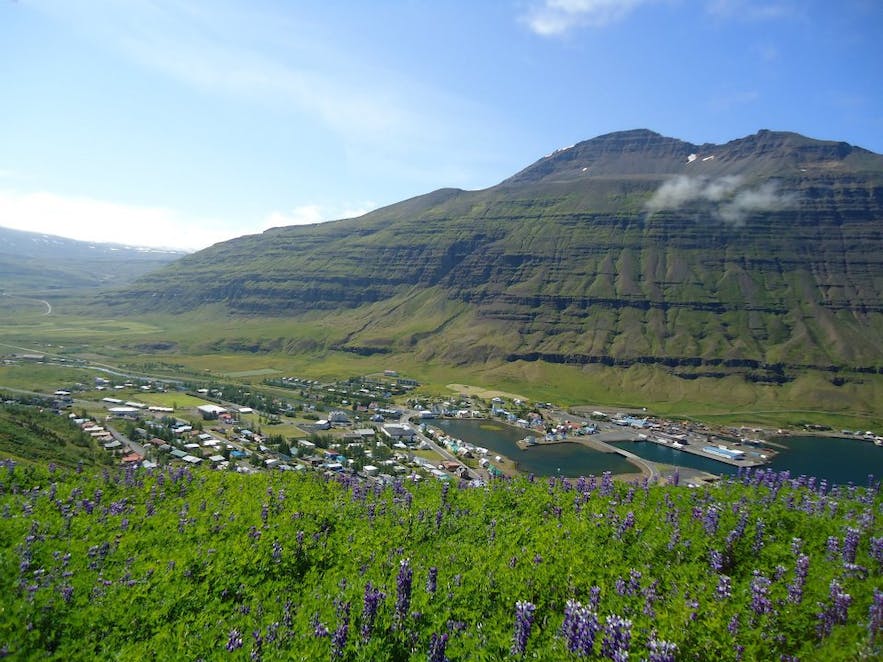 As Palli´s white station Volvo made it´s noisy way across the mountains from Neskaupsstaður to the northernmost of the east fiords, Seyðisfjörður, I tried to peer through the haze of events that the Eistnaflug metal festival had formed in my head and plan my next moves.  My mates assured me that I would have some place to stay in Seyðisfjörður and could survive there for a week, and then head home eventually.

The town is as far away from Reykjavík as you get in Iceland, and was at some point an alternative capital.  Luckily Reykjavík was picked, as Seyðisfjörður is surrounded by majestic mountains leaving little space for expansion.  The sun sets and rises twice a day in the summertime, going around the southern peaks, and disappears for months during the winter.

But we were there for the annual young people´s art festival of LungA, attracting aspiring artists from all over Iceland and from abroad who form different workshops for five days and then exhibit their art on saturday.  There´s also a huge outdoor concert, and all this hullabaloo attracts a bunch of hipsters from Reykjavík and youngsters from all over the country. 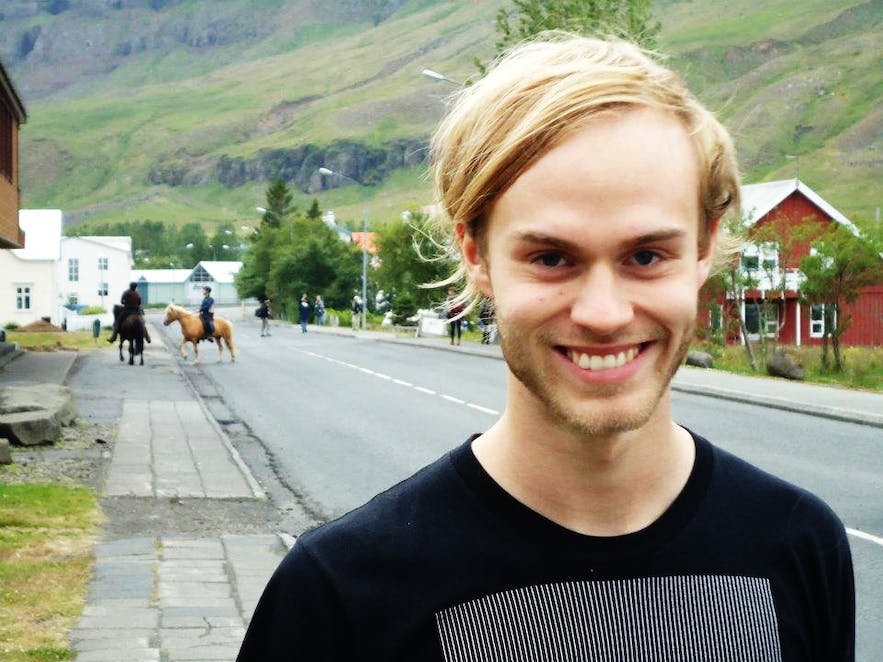 As we rode into town I realized I´d never been there before, and I thought I´d seen every outskirt village of Iceland.  In five minutes I first experienced a recurring theme of meeting old friends who had moved there.  The place has become a haven for those eccentrics for whom Reykjavík is no longer hip enough.  They pack their bags and go as far away as they can.  Actually Seyðisfjörður is also the first stop for some tourists, as it is an international sea port and the only place to arrive with a car in Iceland. 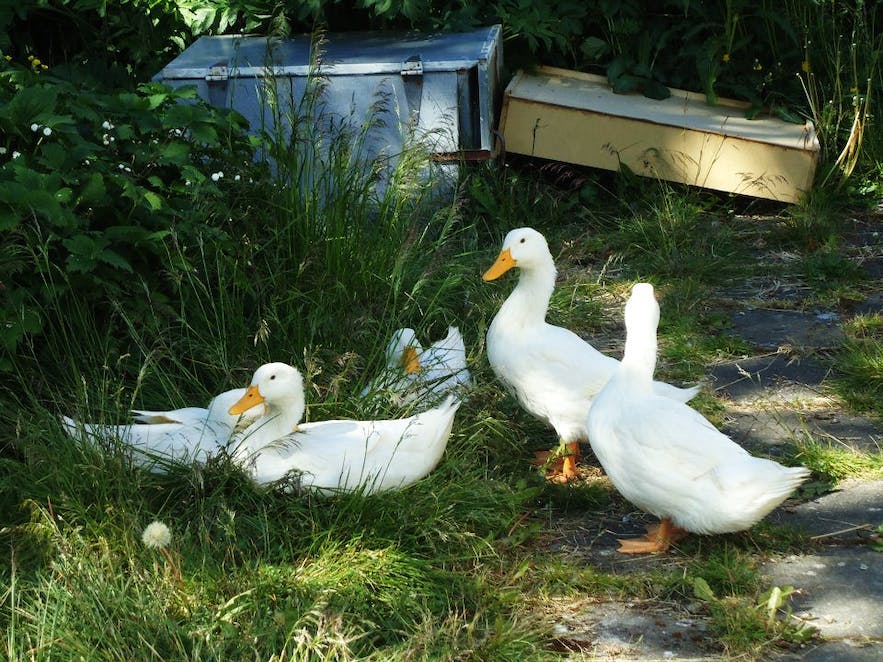 The local bartender was our friend Philippe, who worked in Palli´s bar until spring.  He now had a house and five ducks, whom he planned to butcher personally come autumn, and make foie gras.  You´ve got to admire the French.  Philippe gave me eggs for breakfast on monday morning, I was as grateful as I was broke.  I took a picture of the aptly named Duckson Five, god bless their memory.  I saw one of them in Philippe´s fridge in Reykjavík last september. 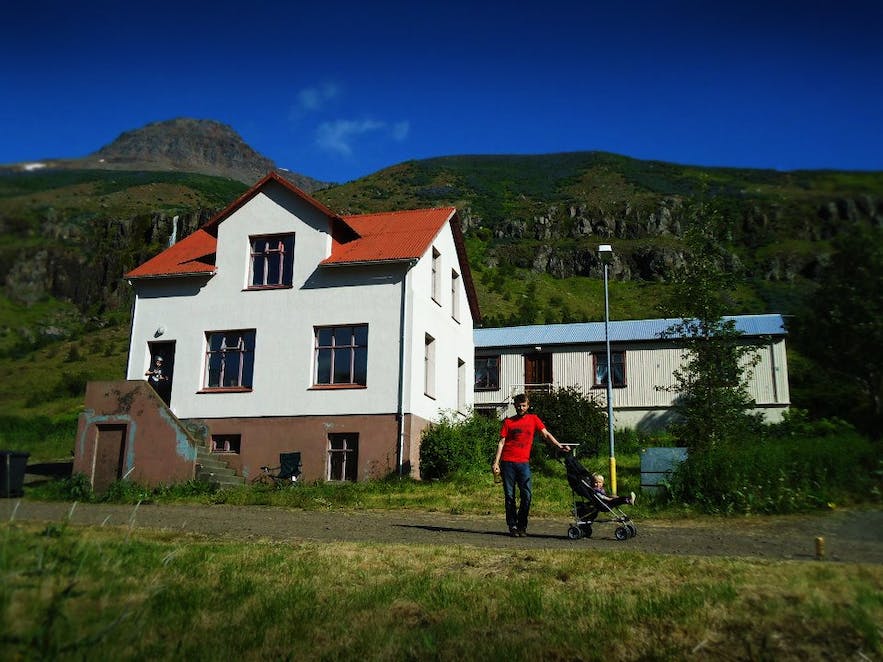 I met my buddy Smári that evening, as he had just bought this nice house next to where Palli and the others were staying.  He has a wife and two kids and let me stay in his cellar, in a room where earlier inhabitants, members of the band Prins Póló recorded their first album.

His neighbour who housed Palli was also an old friend, an experimental electronic musician under the name Auxpan who hitched a ride to Seyðisfjörður after getting into trouble with some violent offender partying downtown.  Hiding in Seyðisfjörður made his luck as he fell in love with a local, started a family and is busy living happily ever after.  Seeing him chopping wood with an axe, smoking his rustic pipe was an inspiring sight.

Amazingly, Seyðisfjörður has a lively electro scene of the most innovative sort and Auxpan, together with his fellow electrobrains Helgi Örn and Konrad just started a festival called Skálar.  Helgi invited us hippies to sweat in his Mongolian-style backyard sauna where I finally recuperated after last weekend´s headbanging and drinking. 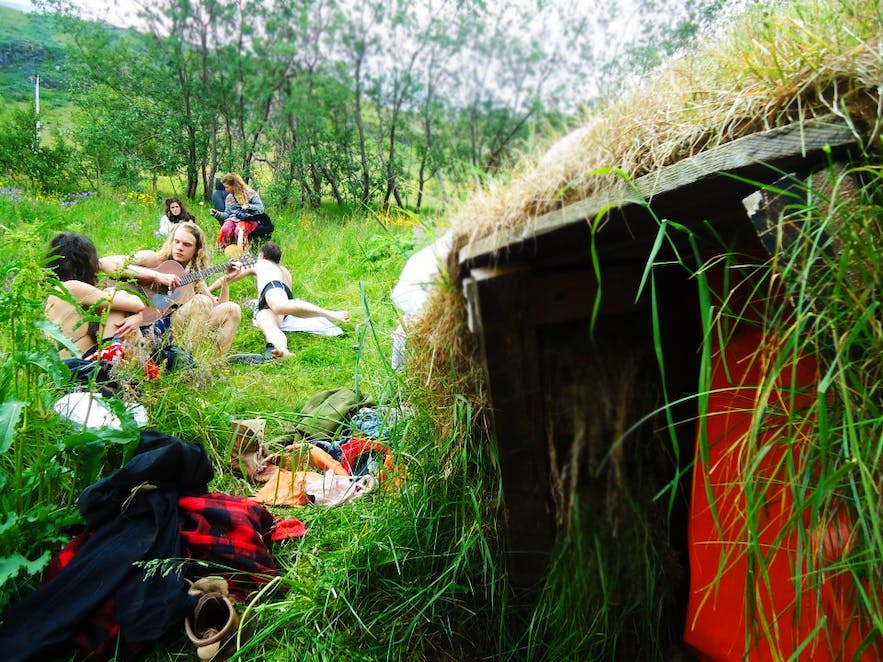 I still had no cash so I volunteered to help at the festival, which got me food stamps and tickets for all the events.  Being an experienced theatre stagehand, lighting technician and filmmaker I was able to sort out some problems but mostly I carried a lot of heavy stuff from one place to another, which was good as I hadn´t been to the gym for a while.  I helped build a fence for the upcoming concert and mixed with the locals and some European volunteers.  Admire the hole in the foreman´s shirt revealing his abs. 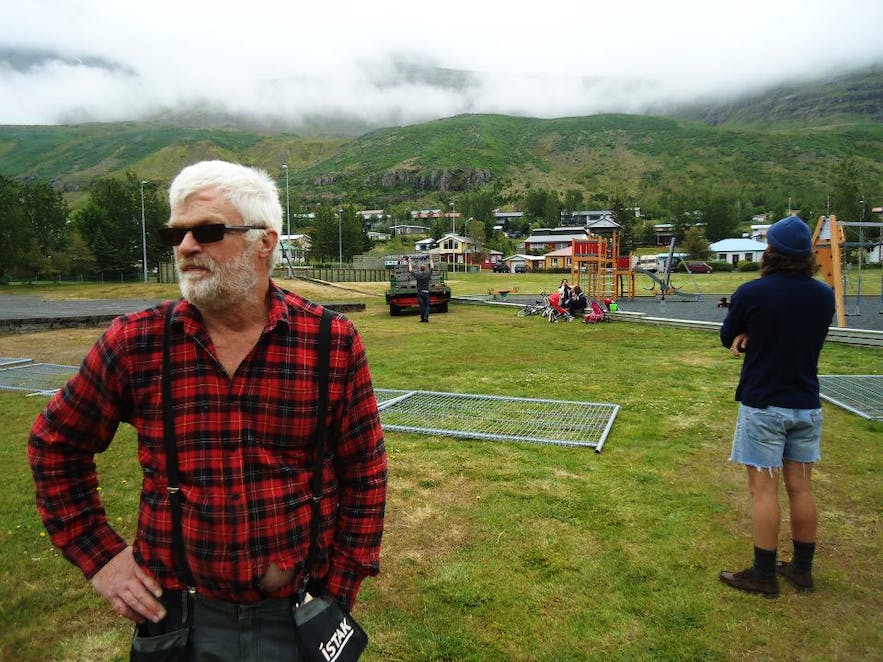 The town was beginning to grow on me and I joked about getting a permanent job.  I was definitely not the wreck of a man that arrived on sunday with 1500 kronas to my name and no ticket home.  I moved out of Smári´s basement, where I slept on the floor with spiders that stared at me ominously at night, as Konrad Korabiewski the noise musician offered me a room with a bed.. my first bed since Reykjavík.  Outside my window the town river flowed softly and birds sang their tunes. 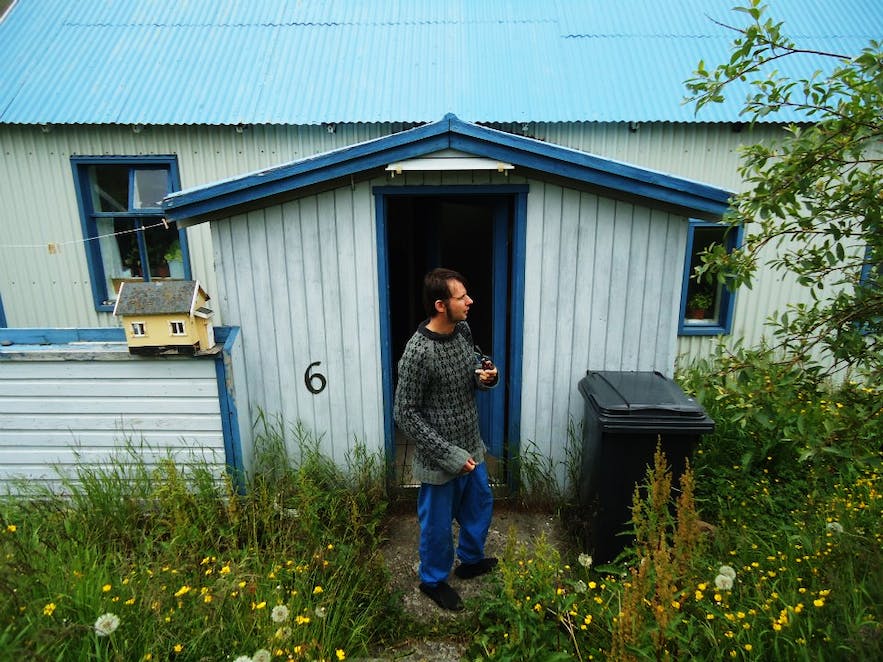 Konrad lives a quiet life in this idyllic cottage with his ex-girlfriend´s cat and another ex´s stylish dog, who sits dressed in a jumpsuit in his living room all day.  Kind of reminded me of Splinter from the Teenage Mutant Ninja Turtles. 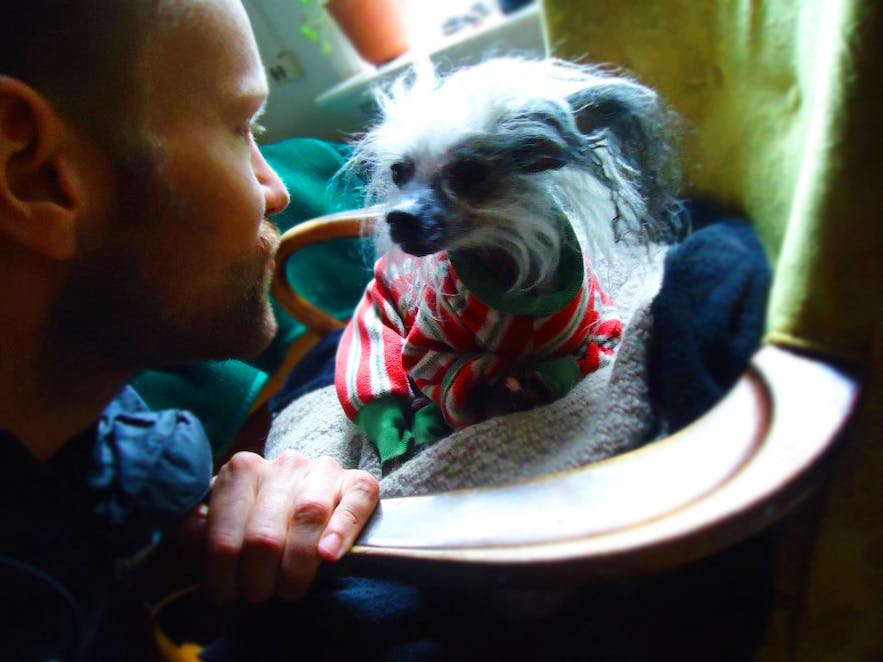 On wednesday we set the stage indoors for the charming husband and wife-band Lazyblood.  Their mix of expressive dance (the best headbanging this side of hell), electro-grindcore and cuddly naivete storytelling is a match made in heaven, unexpected, unimaginable and outrageous.

As the week came to a close, the town was filled with 101 Reykjavík cool cats and you had the feeling that the capital must be a lot less hip with all these artists, musicians and party people on the far side of the island.  The ex-patriot 101 Reykjavík coolsters trying to escape the capital now had a dash of home.  Why go to Reykjavík when Reykjavík can come to you, I asked myself. 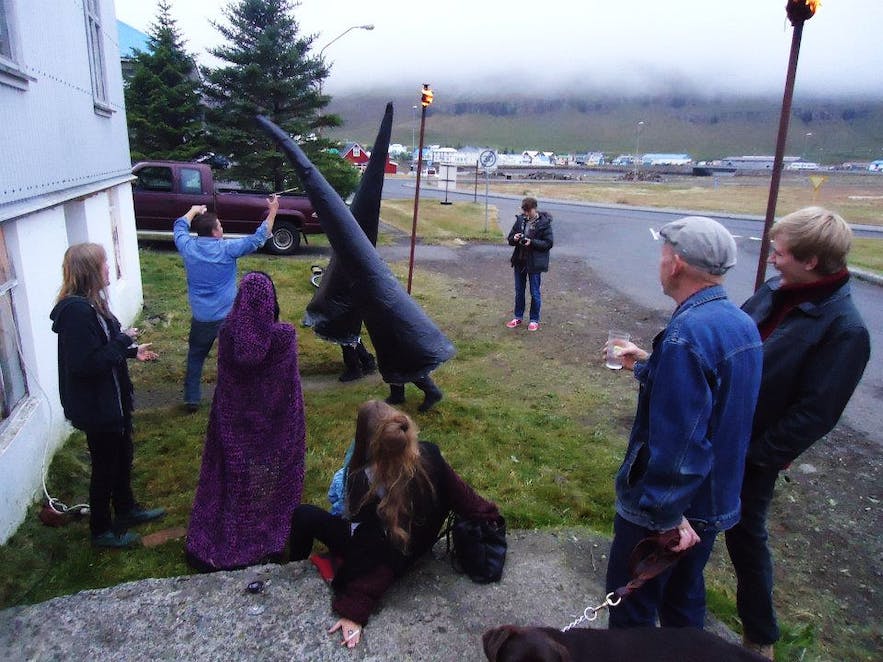 Maybe this should have been the capital after all.  It´s mostly foggy and not very sunny, but if it´s sun you´re after, go to Costa Del Sol or some god forsaken place. 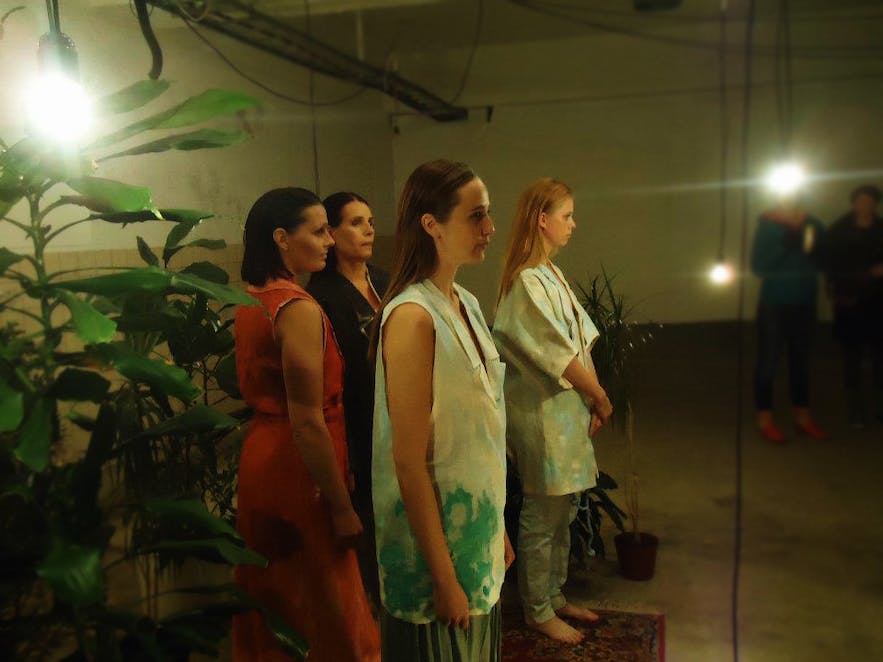 The exhibition on saturday was a lively affair, I had my share of fashion, visual arts, modern dance, happenings, installations and canned beer.  The concert was a grand finale to the festivities, in spite of the rain, and I especially admired the fence.  As always I made myself useful, now as a makeshift chair for female guests. 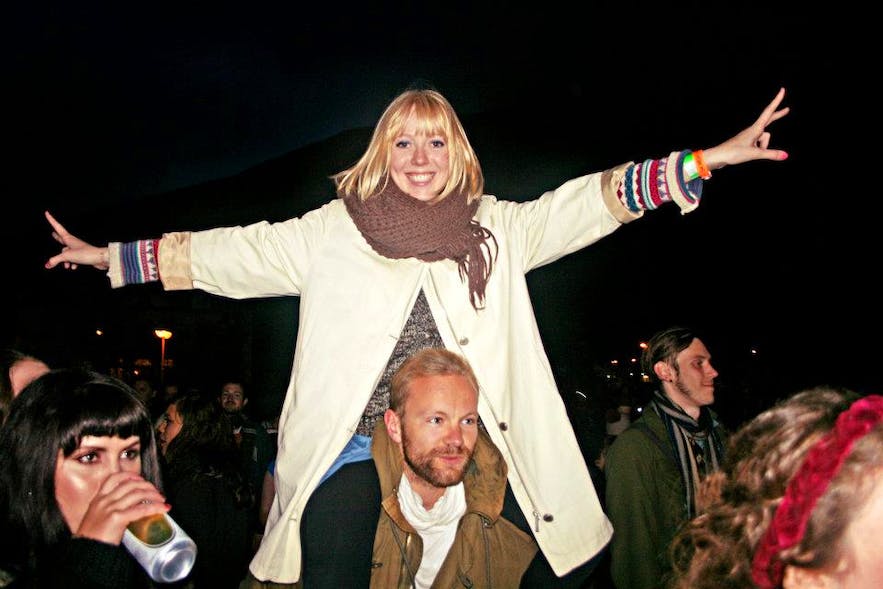 Mínus singer Krummi Björgvins played with his new industrial rock project Legend.  They are so industrial, in fact, that he actually had a welder onstage, welder mask and all, welding some metal.  The band is gathering momentum and could easily be the stuff of Iceland´s next musical export success story.  Their music is grand in scale, epic electronic rock in the vein of Depeche Mode, Nine Inch Nails and Ministry. 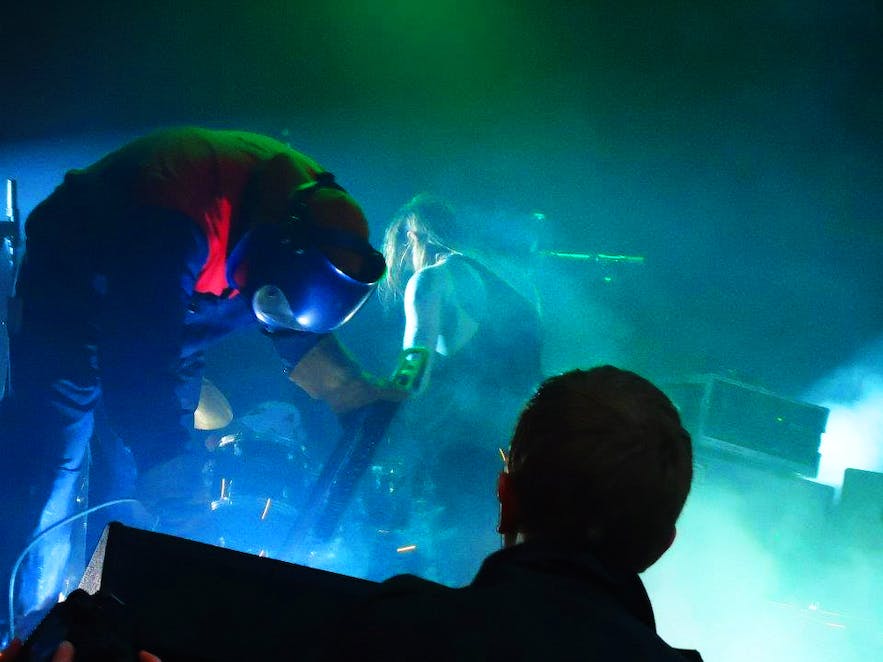 The Reykjavík reggae troupe Ojba Rasta made the rain and cold feel inconsequential and jammed with a feeling of authority.  This multi-headed monster of a band has come into its own in the growing Icelandic reggae revolution, its recent debut album being a milestone musically and lyrically, plus the cover is cool. 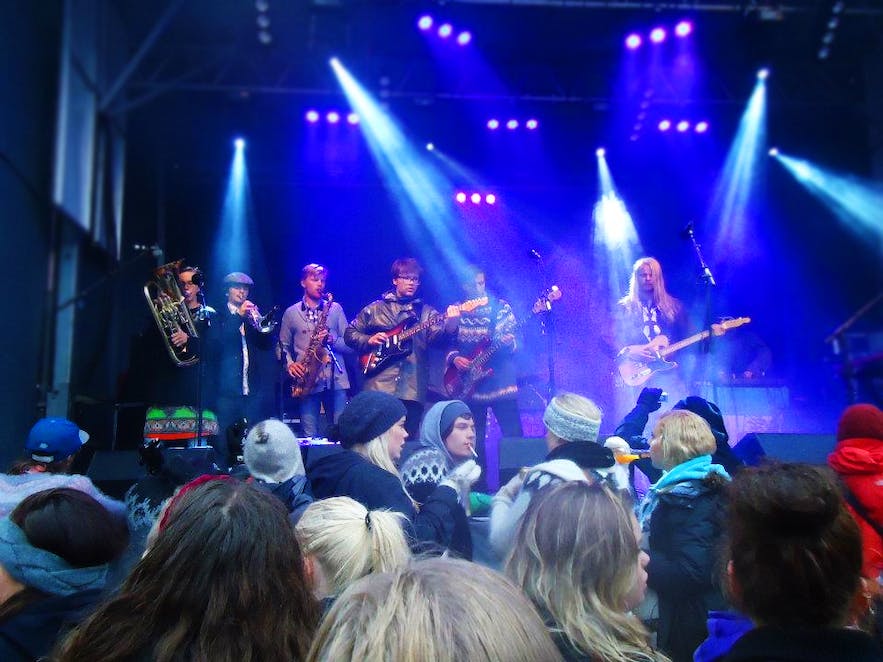 Yours truly actually directed this video for the band recently, edited out of stock footage for a film I shot on the road between London and Central Africa.

Retro Stefson then proceeded to finish this feel-good festival accordingly with their post-disco pop beats, and delivered the goods.  The kids are now joined with electro mastermind Hermigervill, who remixed the Ojba Rasta track above.  The Stefsons like to direct the crowd and exercised their mass control powers freely, making us sit down and then jump and whatnot.  A valid sociological experiment, no one felt like standing alone in a seated crowd.  Dancing also felt more fun after sitting still for a bit.  Such is the magic of juxtaposition.  Use it wisely.

I went to a wild after-party in a house that was at some point a bakery but was now filled with weed, that is to say actual weed that was growing in the garden, six foot tall, but now covered the floor.  Kolli and some other artists had a happening there earlier in the day so there was a tent indoors, it all seemed a bit inside-out.  I actually camped a tent in Smári´s cellar earlier that week because the spiders were interfering with my hangover.  Life imitates art, art imitates life.

At that point I could easily have hitched a ride home with Palli, but that would have been too predictable.  There was no going back for me, as I was by now a willing and warranted hitch-hiker, with no cash, no regrets and no plans.  My mate Bjarni agreed to give me a ride as far as Ásbyrgi.  I was headed north, to finish the full circle of the number one highway in Iceland... Highway Number One.

Contact me and Iurie Belegurchi for photo tours in Iceland.