THE LONG WAY ROUND 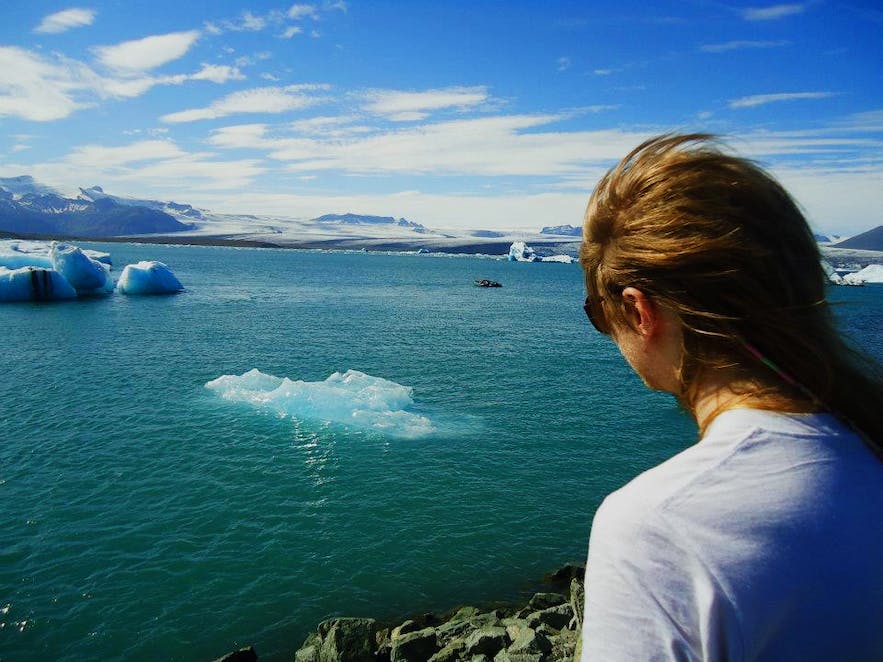 Last summer I hitchhiked my way round the country, the outer circle of highway number one, first heading south toward the East.  I was short on cash so I volunteered to help set up a heavy metal festival in the far east fishing village of Neskaupsstaður.  The three day headbanger´s extravaganza is called Eistnaflug (e. flying testicles) and has been growing for the past six years, now with almost a thousand guests transforming the quiet town into a monstrous meeting of metalheads.

I squeezed myself into my friend Palli´s (seen below making soup) Volvo and we rode out early on wednesday, after a stop at the unemployment agency in town, like true slackers.  We stopped at Jökulsárlón (above) where our mullet-headed friend Kolli was mesmerized by floating icebergs.  Made me think of a double gin and tonic. 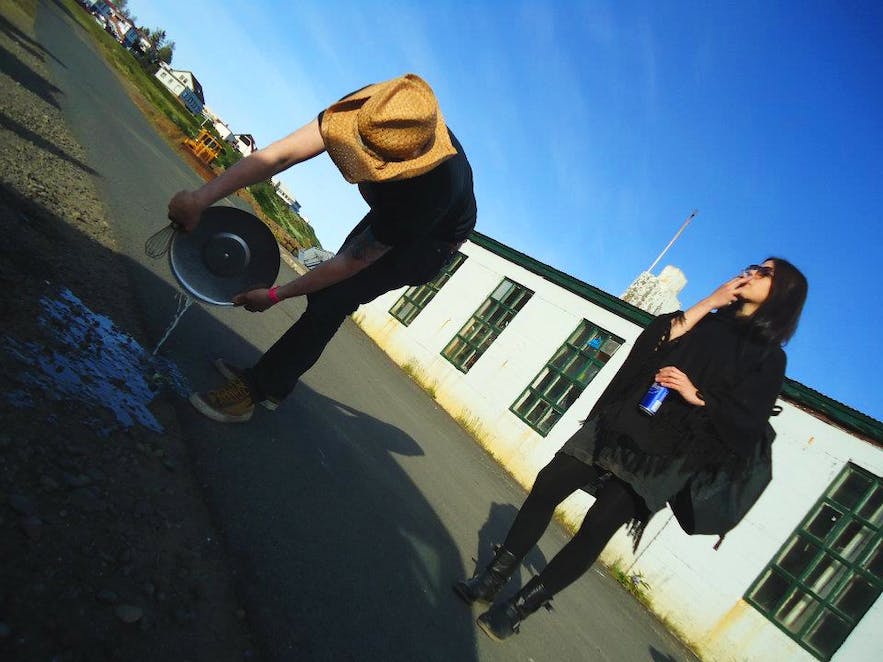 We stationed ourselves in this run-down metal workshop by the harbour, an off-venue apart from the main concert hall, where we fenced the stage with chicken-wire, painted some graffiti, made sculptures and prepared some visual art happenings and checked the sound, which was deafening.  The town was soon filled with metal-minded leather-adorned youngsters, eager to ruin some brain cells and their sense of hearing.

Icelandic prog black metal legendaries Sólstafir practically blew the roof off the workshop, much to the intoxicated audience´s delight.  I am obliged to include one Sólstafir video here above, as it also portrays some of Iceland´s top locations for shooting, the eye-opening southern coast with it´s black sands, waterfalls and wastelands.  I was by then corpse-painted as most of the crowd, thanks to the free black-metal corpse-paint booth in one corner of the venue, and as you can see Kolli and I were both blown away by their performance. 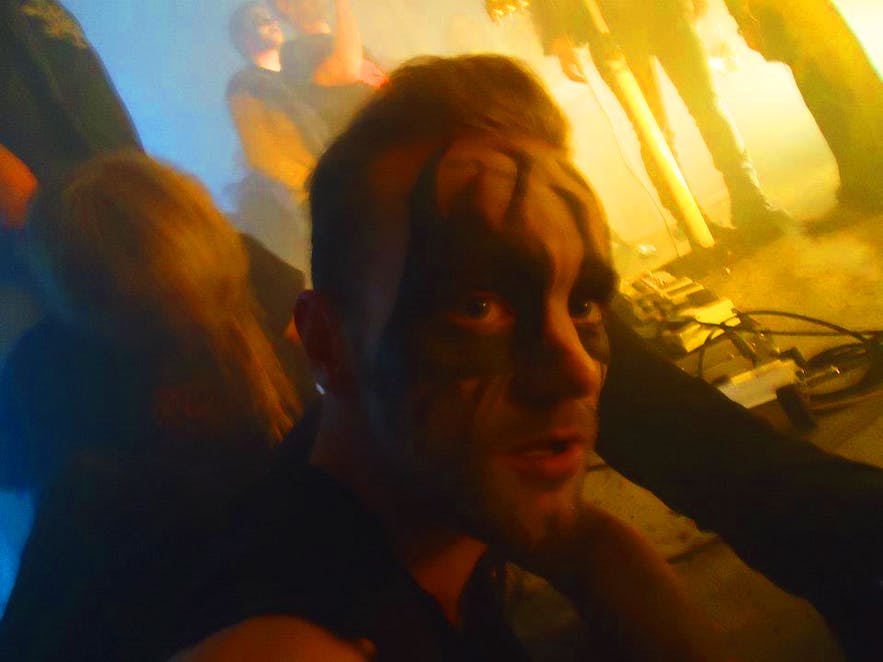 Palli´s readymade bar, Kaffi Blackout, also had some influence on our experience over the course of the weekend, especially the only cocktail, Moskova Vodka in Kókómjólk (chocolate milk).  He also had Kay Sar beer, which is beer mixed with Cult energy drink.  Tastes bad but keeps your energy level up, useful under these circumstances. 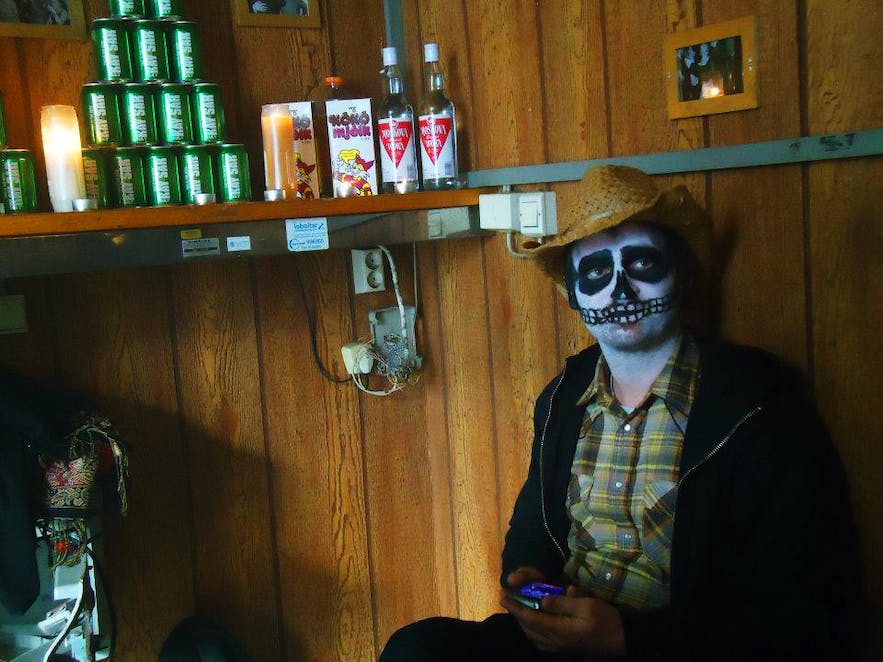 Icelandic prolific punk rock legends Botnleðja had a brief comeback last summer and rocked the main stage like it was 1995.  The loudest sound system in Iceland inside the relatively small local theatre of Neskaupstaður helped to make your guts wobble.  Grindcore legends Cephalic Carnage made the most of their much anticipated Icelandic debut and left no core ungrinded.  As you can see below, the crowd was also filled with smelly, sweaty hairy sorts of people as I Adapt, the essential Icelandic hard core punk band, returned after a five-year hiatus.  I am the sweaty sort in the front. 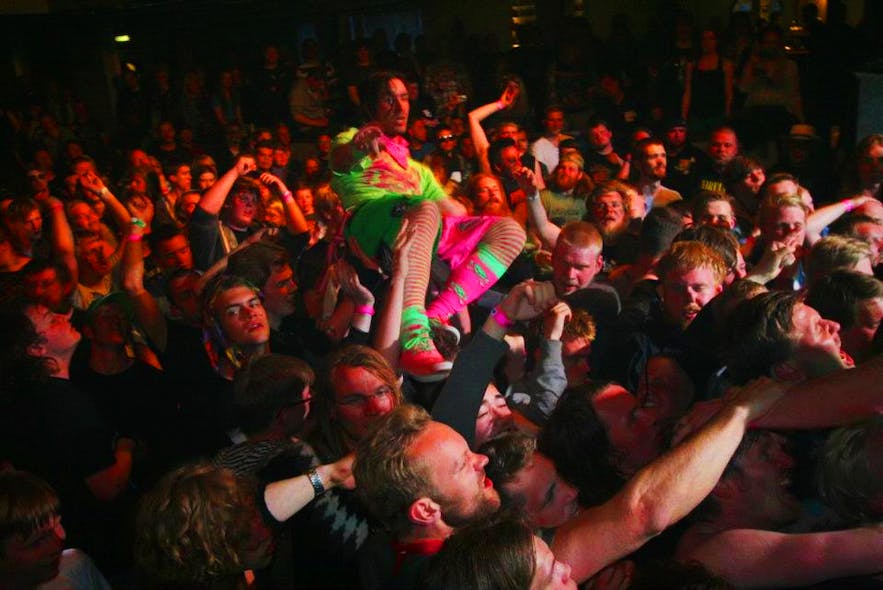 When sunday reared it´s ugly head, I had a measly 1500 kronur left and was over 600 km from Reykjavík.  Palli was going on north to spend a week at the youth art festival in Seyðisfjörður, LungA.  I had no choice but to follow, as I woke up so late that everyone else had left town.

Contact me and Iurie Belegurschi for photo tours in Iceland.