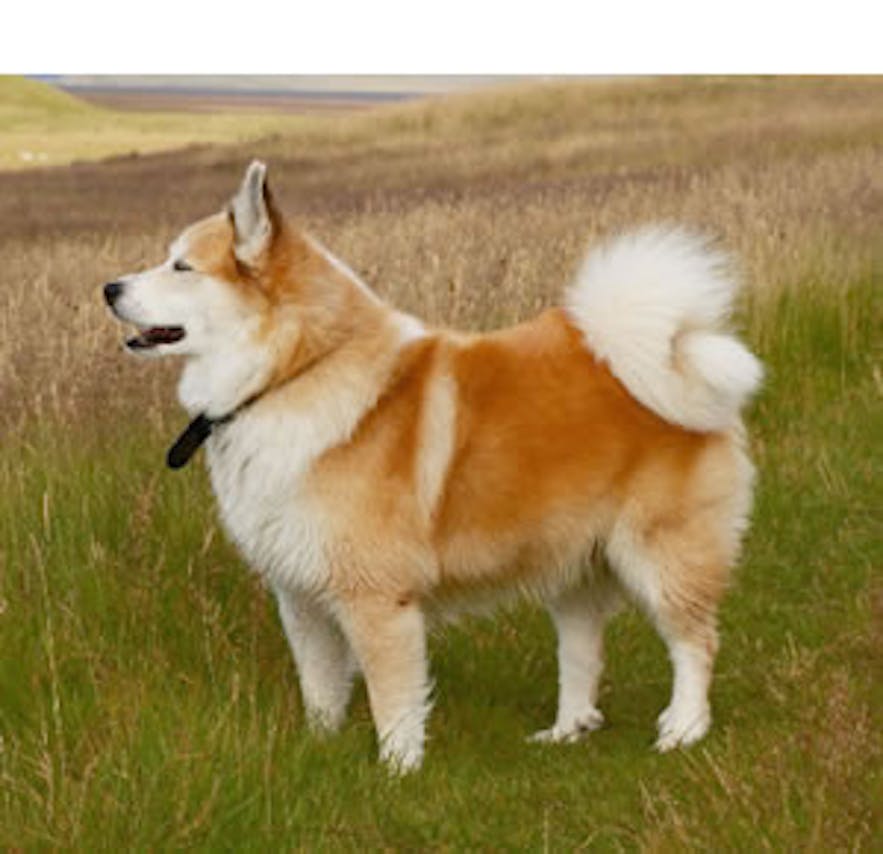 A very beautiful and typical Icelandic dog. Featured picture is stolen from this site, it's worth checking out if you're interested!

These posts will focus on the few animals that can be considered true "Icelanders". We all know them and care for them, so much that some of them can never return to the country if they leave in fear of them bringing back any unwanted germs/illnesses etc. And all animals moving to Iceland have to be quarantined (if they can move here at all of course.)

Now as you all might know (I hope you do haha) Iceland is relatively cold compared to other European countries so we don't have a lot of flora or wildlife sadly. But the original Icelanders were smart enough to bring with them some of their local animals and they've now adapted to the "hostile" environment making them very different from other European animals. And today, we're discussing the:

A female teenage mutt was recently taken into our foster-care and she inspired me to do these little animal blogs. She's most likely part Icelandic, part Border Collie. What gives her Icelandic heritage away is her curled up tail and little toes (thumbs maybe). Her energetic and friendly personality are also very common among Icelandic dogs as well as her need to be constantly doing something, preferable running and herding things, whatever they may be.

They Icelandic dog was brought here by the Vikings. He's been used as a herding dog for centuries and is still very common in farms and as a pet. Because of his sometimes boisterous nature and tendency to bark (A LOT) he's not really a great city dog. He needs a lot of exercise and a purpose or job. I've heard they can be a handful to train as indoor dogs as well so if you're ever considering one for anything other than herding or guarding sheep (which, again, he's great at!) make sure you know what you're in for. But all in all they're great family pets and wonderful with kids and people in general. They become very attached to their family and can be used as guard dogs (if you like the barking).
They are relatively small and often veeery furry and fluffy. They have small faces and a strong and agile body. They're lifespan is pretty average or about 12-13 years but it can vary like any other breed's. They learn quickly and like being around people or other creatures. They're not loners at all and a lot of them like cuddles in between working sessions!

Many farms have them just as working dogs so they're not allowed inside houses and usually just live in barns but that hasn't stopped them from being loveable and friendly to anyone approaching. So don't be surprised if he's the first resident of the farm to greet you with a loud bark! 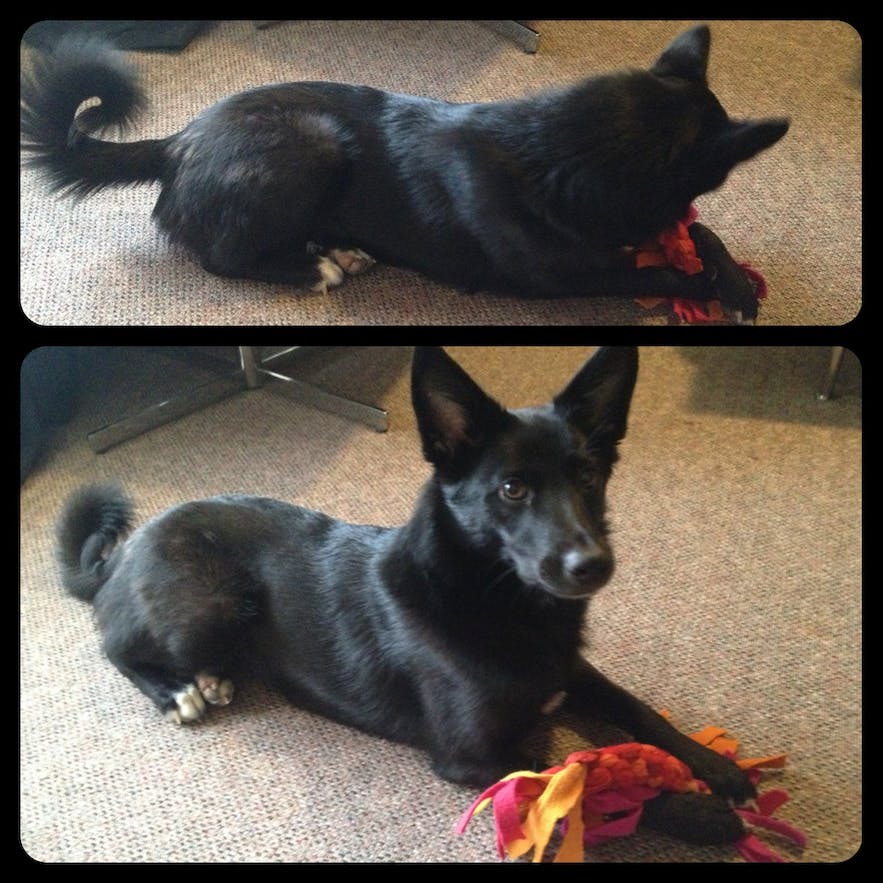 <----- So that's our pup! Her build is very Icelandic but her size is a typical Collie size. You can clearly see her curled up tail at the end and thin snout. Both very Icelandic as well as her perked up ears. (She reminds me of a fox actually with that small face but she'll grow into her own haha). I believe our pup got the best of both worlds as she's beautiful, friendly and extremely funny. Hopefully she won't get an owner just yet but continue to bring us joy and happiness for a while longer. But if anyone is interested in adopting a dog here in Iceland please check out:

Being the animal obsessor that I am I might include her in some of my future posts so be prepared.