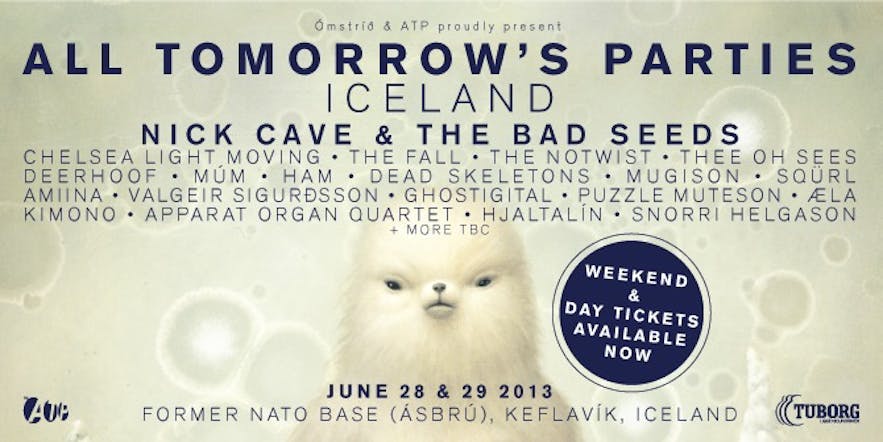 Last weekend was pretty great. I went to a music festival called Field Day in London on the Saturday and then to Brighton for 3 days from Sunday to Tuesday. Music was great, food was good and Brighton has the best shops in England (unfortunately I had no money to spend though - but I was given a pair of shoes!)

The sun even came out for a bit!

Seeing the sun and going to a music festival just made me look forward to the continuous daylight and the upcoming festivals in Iceland - I'll be home in Iceland for over 3 weeks from next Friday!

Normally when I'm in Iceland, I don't have much planned. Iceland is not a very planned place to be, you just decide what to do depending on the weather or what mood you are in or what happens to be going on. This time round however, I have every single weekend planned already and am going to try to fill up my weekdays with hiking mountains and relax in hot tubs. Maybe even throw in the occasional kayaking or diving even!

Three good friends of mine are graduating, a couple is getting married, a few friends are celebrating their birthdays and at the end of the month I'll get to watch Nick Cave & The Bad Seeds as well as many other bands and performers at ATP Festival (All Tomorrow's Parties) at a former NATO base in Iceland. How cool is that? Bands include Deerhoof, The Fall, Chelsea Light Moving, Thee Oh Sees and Icelandic artists Múm, Mugison, Amiina, Valgeir Sigurðsson, Hjaltalín and more. There's even one headliner yet to be announced!

ATP Festival is my (English) boyfriend's favourite festival so he's stoked about going to see it in Iceland and I could hardly be more excited! I'm also excited to see the former NATO base (turned into student apartments) because I've actually never been there before... If you needed a good reason (besides the 24 hour daylight and incredibly beautiful nature) to go to Iceland this summer, then this is it.

This seems to be a good year for massive music events in Iceland. Besides ATP Festival, Sónar festival was held in Reykjavík for the first time in February, with bands and artists such as Squarepusher, James Blake and Gus Gus performing.

Upcoming weekend (6th - 8th of June) there is a new festival called Keflavík Music Festival taking place all over Keflavík town (where the international airport is located). Besides all the Icelandic bands playing, ranging from King of Pop Páll Óskar (Paul Oscar) to soothing indie guitar Ásgeir Trausti or rock bands Agent Fresco and Skálmöld there are international acts such as Röyksopp and Tinie Tempah playing.

And then obviously Iceland Airwaves will be taking place in the end of October/beginning of November. Besides a variety of great Icelandic musicians such as Ojba Rasta and Tilbury there will be bands such as Yo La Tengo and Gold Panda performing.

And then there are always all the other festivals happening: Top 10 Festivals in Iceland.

Oh, if only I could go to them all! Instead I'll try to take in some English festivals as well, such as Bestival in September - and maybe even Wilderness festival before that! This shall be the year of great festivals, I can feel it.