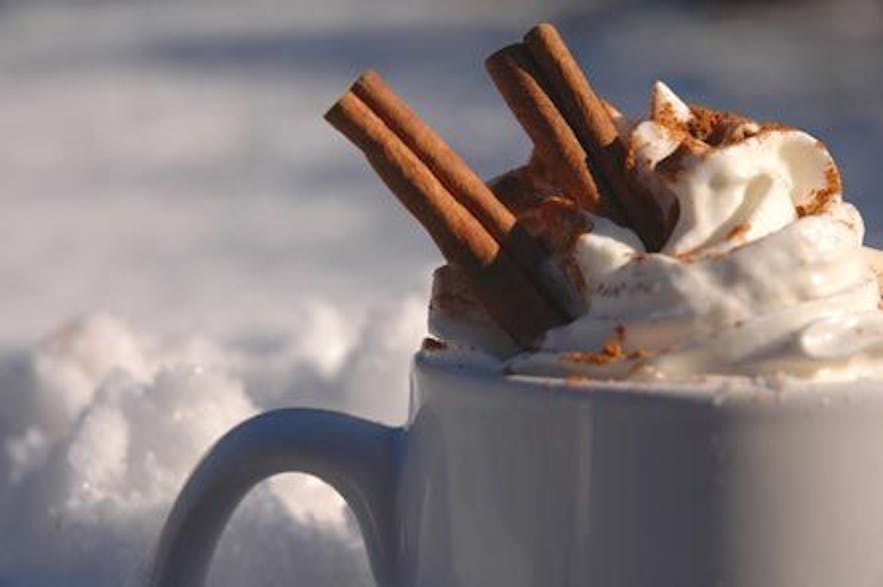 I live in London. Pretty much every time I tell people I'm from Iceland people answer by saying "Brrrrr, well you must be used to the cold then!" (FYI, one of the most irritating reply imaginable.. probably similar to people replying to Brits when they say they're from the UK: "oh, have you had tea with the queen then?" - said with a horribly exaggerated fake British accent)...

But the thing is, Iceland isn't that cold.

Yes, there are glaciers.

Yes, there is snow in the wintertime. (And sometimes summertime).

Yes, the windchill factor is enormous.

Yes, there's barely any sunlight in the wintertime.

BUT still, I don't think Iceland is that cold. Now, I could tell you the whole mumble jumble about the Gulf Stream and how Iceland is situated on a hot spot on top of two tectonic plates and covered with volcanoes and natural hot water... which is all well and good and true. But that's not what I'm talking about.

What non-Icelanders (and actually also a lot of Icelanders - the ones that think Iceland IS cold) don't realise are 2 things:

1. The air is very dry, there's almost no humidity. Therefore you can just put on some layers of clothes and you won't feel cold. From my experience in the rest of Europe (and South America as well!) where the humidity is much greater, the cold somehow makes its way inside your bones and it's impossible to shake the chill away. The only time you can possibly complain about the cold (although you shouldn't, it doesn't make you look like a tough viking - no excuses if you're female, girls are tough too in Iceland) is when it's really windy on top of below zero temperature. Which unfortunately happens quite regularly in wintertime - but not that often! Some days are just blue sky and no wind and crisp and clear...

2. Icelandic houses have SUPERB insulation! - And seeing as the country has an endless supply of hot natural water that's practically free and is used in every radiator in every house in the country, every single house you're going to enter will be warm. Normal room temperature all year round is 20 degrees Celsius. No matter if you're in a student house or a council flat, an office or a university - everyone can easily afford heating their house.

This is written from a small flat in South London, whilst wearing 2 layers of thermals, woolen socks and wearing a fleece blanket over my shoulders. And my flat is considered warm for London.

I've discovered why Brits drink tea all the time. Because it keeps your hands warm. Icelanders drink espresso - to keep them awake in the dark wintertime.

I'm off to make a cup of hot chocolate.