The music scene in Reykjavík 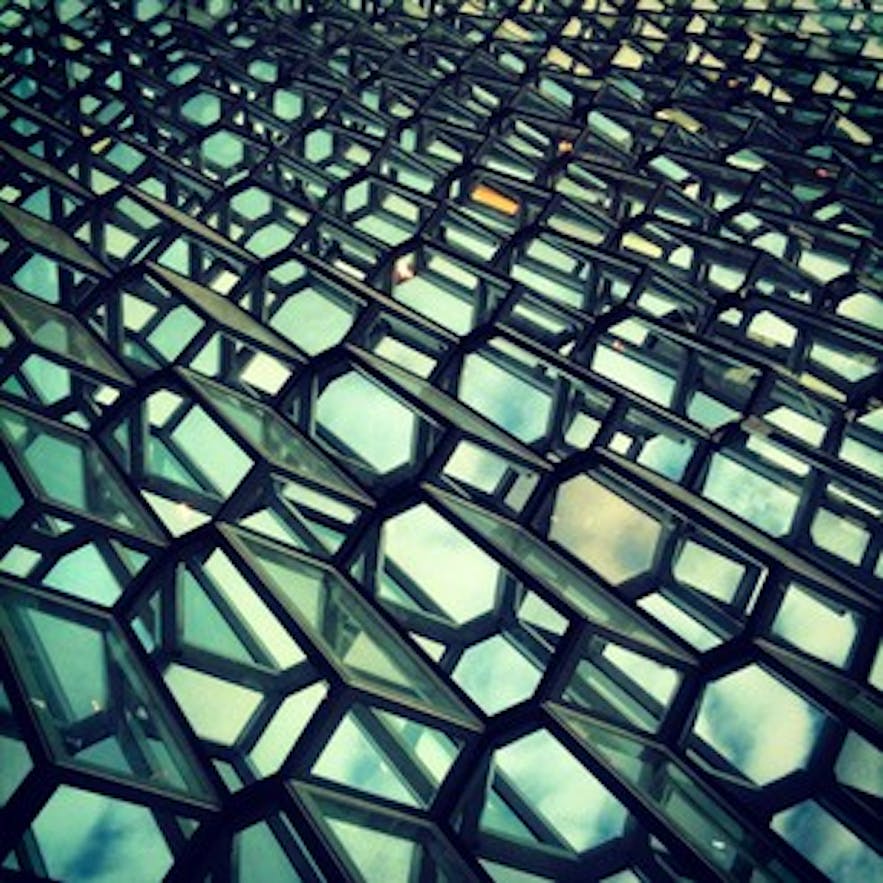 Often when I talk to foreigners they ask me how big Iceland is and what the population is. In fact, the country is not so small in landmass - not so much smaller then England, bigger than Ireland, Scotland, Portugal and about twice and a half the size of Denmark. It's the population that's small, roughly 320 000, whereof two thirds live in the greater Reykjavík area (but only 120 000 in Reykjavík itself).

This often leads to people comparing Reykjavík in size with some town they are familiar with, or saying something along the lines of "the town I live in has a bigger population than your whole country" or "that's the same population as ONE neighbourhood in my city" etc. Once when I was in Brazil, where almost 200 million people live, someone compared Reykjavík to a town I'd been to in the Amazon that I had felt had been like a tiny little village, only having one museum and about 3 bars.

But even though Reykjavík is small in population, it makes up for it by having a really buzzing cultural scene. It's quite famous for good nightlife, with roughly 20-30 bars/clubs dotted around the main street (Laugavegur) and recently it's becoming very famous for it's music scene. Björk is undoubtedly still the most famous musician to have come from Iceland but other bands/singers such as Sigur Rós, Gus Gus, Múm, Emiliana Torrini, Ólafur Arnalds, Sóley, Ásgeir Trausti and most recently Of Monsters and Men have been extremely successful abroad. But they are just the tip of the iceberg and there is an incredible amount of talented musicians in the city (and the rest of the country). If you want an insider's tip I recommend you look up the before mentioned bands if you don't know them and in addition:

There are so, so, soooo many more... some of these no longer exist, some of them are just beginning, others are well established and some have been somewhat popular abroad as well.

For the ones that like solo female singers, check out Ragnheiður Gröndal, Lay Low, Hera Hjartardóttir, ÍRiS and María Magnúsdóttir. And even though she is Faroese we consider Eivør Pálsdóttir to be half Icelandic and she is such an amazing singer she needs to be mentioned too.

For the ones that like solo male singers, check out Mugison, Svavar Knútur, Ásgeir Trausti, Pétur Ben and obviously Páll Óskar (a.k.a. Paul Oscar).

For the ones that like metal, check out Skálmöld, HAM and Mínus.

We even have Icelandic reggae!

The beauty about a small city is that when there is a big event going on, everyone knows about it. And somehow, for such a small city, there's always something interesting going on. For example, in February the music festival Sonar Reykjavik (originally from Barcelona) takes place in Reykjavík in the concert hall: Harpa. It mainly promotes Icelandic bands but also has international artists performing. Previous artists include James Blake, Squarepusher, Trentemöller, Modeselektor, Simian Mobile Disco, Skrillex and more.

Every October/November Icelandic Airwaves takes place in Reykjavík, a music festival taking place over 4-5 days promoting all the best of the Icelandic music scene with some international artists in between. This year they've already announced the first 12 artists playing. Further info can be found here:

Various other music festivals take place throughout the country, throughout the year. Most of them in the summertime but if you happen to be going to Iceland over Easter and want to go to a small town in the west part of Iceland, tucked in between gorgeous mountains to listen to Icelandic bands play - for free! - then you should head to Ísafjörður (in the westfjords) for March 29th and 30th and go to 'Aldrei fór ég Suður' (I Never Went South). A couple of years ago I saw the most breathtaking northern lights of my life whilst standing in the snow, holding a beer and listening to Mugison play in a barn. You can't beat that.