Orlygshofn beach, spelled Örlygshöfn in Icelandic, is a stretch of sandy coastline in the Westfjords region of Iceland.

The beach is unusual for an Icelandic beach as it has golden sand. Most beaches in Iceland, such as the Reynisfjara beach, have jet-black sand made of small pieces of lava that solidified as they cooled. Orlygshofn beach has yellow sand and is surrounded by beautiful blue water and majestic cliffs.

Photo from Flickr, by Finnur Malmquist. No edits made.

Orlygshofn beach is in the western part of the Westfjords region, around 240 miles (380 kilometers) from Reykjavik. It sits on the Patreksfjordur fjord, across the water from the village of Patreksfjordur.

Follow the Ring Road north to arrive at the beach from Iceland's capital city. Shortly after Borganes, take Route 60 northwards toward the Westfjords and follow this road along the winding coastline. At Flokalundur, take Route 62 to continue on the coastal track, then follow Route 612 until you reach the beach.

If you're flying into the Westfjords, you can take a domestic flight from Reykjavik to Bildudalur. The village of Bildudalur is around 30 miles (roughly 50 kilometers) from Orlygshofn beach.

Things to Do Near Orlygshofn Beach

As well as walking along the golden sands at Orlygshofn beach, visitors to the area can enjoy several other things to do nearby.

The village of Patreksfjordur is one of the largest settlements in the southern area of the Westfjords, and it's relatively well equipped with services. There are a few hotels, including the Fosshotel Westfjords, restaurants, and a small supermarket.

It's also a very picturesque place, with gorgeous views of the fjord waters, so be sure to bring your camera and take some photos.

While you're visiting Orlygshofn beach, you should also visit Raudisandur beach. This red-sand beach is just eight miles (around 13 kilometers) from Orlygshofn beach, so it's easy to see both in one day if you're traveling by car.

You can also visit the red sands of Raudisandur beach as part of a guided walking tour. This is a fantastic way to learn more about the history and geographical makeup of the area. 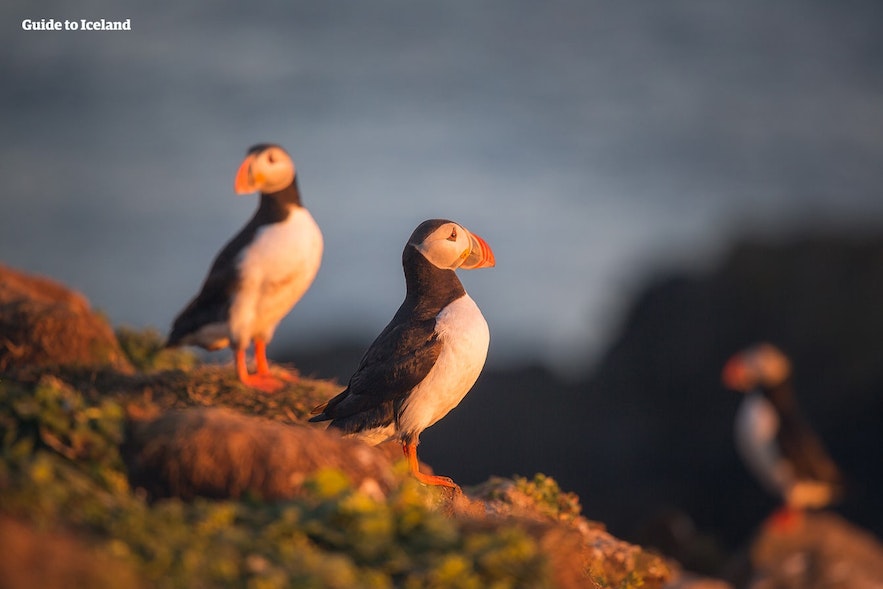 Over one million puffins make these cliffs their home during the summer months as they nest. The area is one of the best places in the world to see Atlantic puffins, but there are also Arctic terns, guillemots, and Razorbills nesting here.

Any travelers keen on bird-watching should be sure to visit this incredible place during their trip to the Westfjords. It's only 21 miles (approximately 35 kilometers) from Orlygshofn beach.

If you prefer cultural activities to natural sights, a trip to the nearby Egill Olafsson Museum in the village of Hnjotur could be an excellent addition to your beach day. The museum, also known as the Hnjotur Museum, is only 8 miles (12.5 kilometers) from Orlygshofn beach.

The museum is dedicated to the area's local history, focusing primarily on local farming and fishing equipment. The museum has an American airplane and a Viking ship on display. It also has a small cafe where you can get something to eat.