Munkathverarkirkja is a beautiful wooden church in the fjord of Eyjafjordur in North Iceland.

The current church was built in 1844 by Thorsteinn Danielsson. It was further renovated in the years 1985-6, the graveyard was leveled and a gathering house was built for the congregation. The church has a choir space and has room for 160 people. On its 100th year anniversary,it was painted by painter Haukur Stefansson, who also decorated the pulpit.

It is believed that soon after the advent of Christianity in Iceland, which took place in the 11th century, a Catholic church was built there.  A Benedictine monastery was established at the site in 1155 and remainedthere until the Reformation in the 16th century, though the buildings suffered a fire in the 14th century, which claimed the lives of two priests. The third priest was so badly burnt that it was not believed he would survive, yet he became the next abbot of the monastery.

Chieftain Sighvatur Sturluson, brother of Snorri and a leading figure during the Icelandic civil war in the 13th century, is believed to be buried at the site of the churchyard along with his sons. They all died in the largest battle of Iceland, Orlygsstadabardagi.

Some say that Jon Arason, the last Catholic bishop in Iceland before the Reformation, beheaded at Skalholt in 1550, may have been born nearby, though this is contested. At any rate, there is a memorial grove at Munkathvera with a statue erected in his memory. Many consider Jon Arason one of the earliest national heroes in Iceland. 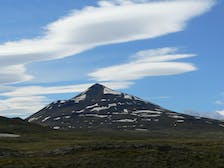 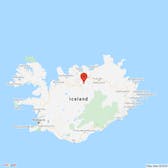 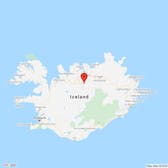 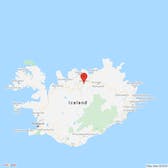 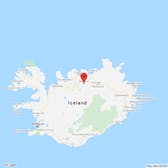