Hrafnabjargafoss is a waterfall located in the Skjálfandafljót river, one of the longest rivers is Iceland.

It is little-known compared to other waterfalls in north Iceland, making it somewhat of a hidden gem in the region. It can be found alongside a highland road that is only accessible in summer.

Waterfalls of the Skjálfandafljót River

Hrafnabjargafoss is but one of several falls found in the Skjálfandafljót river. The most famous of these is Goðafoss, which sits several miles north, on the road between Akureyri and the Lake Mývatn region.

This easy to access location and its history, being the place where Iceland marked its conversion to Christianity in 1000 AD when idols of the Old Norse Gods were tossed here, means that Hrafnabjargafoss has always sat somewhat in Goðafoss’s shadow. That does not mean, however, that it is any less beautiful or worthy of a visit.

Though only about five metres tall, it falls from a unique, horseshoe shaped cliff in several chutes. It is surrounded by moss covered lava rock, black sands and some greenery in summer, and boasts stunning highland views to the south.

Other waterfalls in Skjálfandafljót include Aldeyarfoss, famous for the hexagonal basalt columns that cluster around it; Ingvararfoss, where two rapid falls mean at a tumultuous point in the river; Barnafoss, not to be confused with a waterfall of the same name in west Iceland; and finally Ullarfoss, which is fed by fresh springs.

Hrafnabjargafoss is really only accessible in summer, unless on tour in which specialist vehicles, equipment and guides are needed. This is because it is located on a highland road that is closed to the general public in the winter months as it is not maintained and thus often covered in snow. Even in summer, it can only be driven to in a four-wheel-drive.

From Akureyri, where most people stay when in travelling to the north of the country, follow the Ring Road eastward until you hit Route 844, where you will turn right towards the country’s interior. Follow this road onto Route 842, and continue onto the F26. This journey will take you past one of the aforementioned waterfalls, Aldeyarfoss, which is also well worth a stop.

Once you reach Íshólsvatn lake, you will find a trail that leads five hundred metres away from it to the left, which will take you to the feature.

The journey, without stops, will take you approximately an hour and a half. 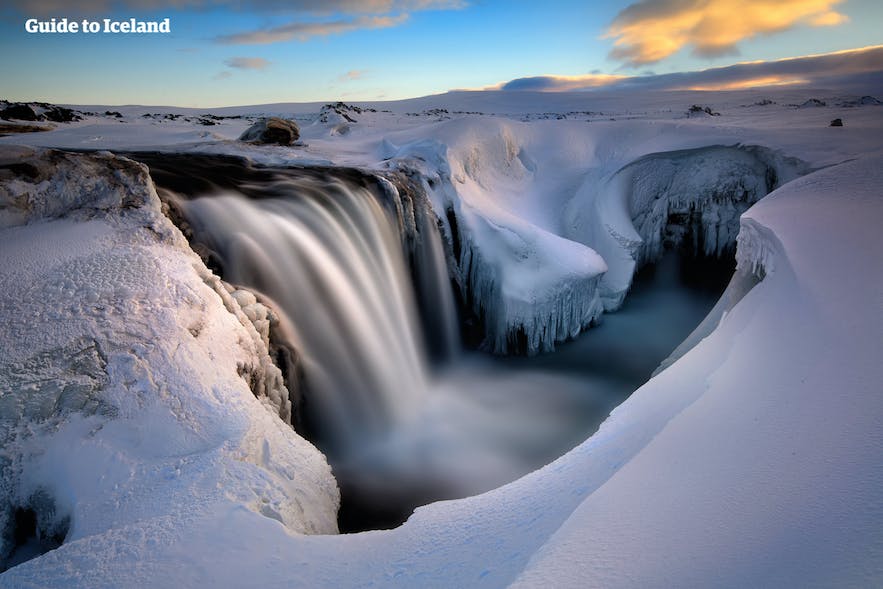 Other Sites Around Hrafnabjargafoss

Being an attraction in north Iceland, a visit to Hrafnabjargafoss can be just a part of an extensive day of sightseeing, and to more than just the waterfalls of the Skjálfandafljót river.

These are named Selfoss, Dettifoss and Hafragilsfoss, and while all are magnificent, Dettifoss is undoubtedly the most impressive, being the most powerful falls in Europe.

Just north of here is the dramatic, forested horseshoe shaped canyon of Ásbyrgi. 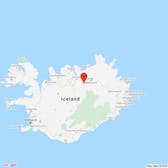 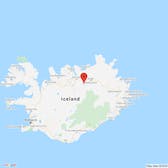 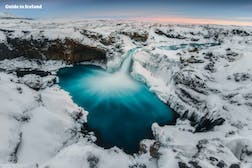 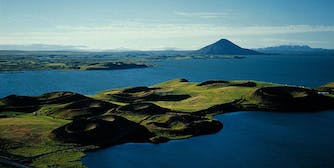 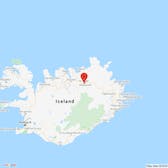